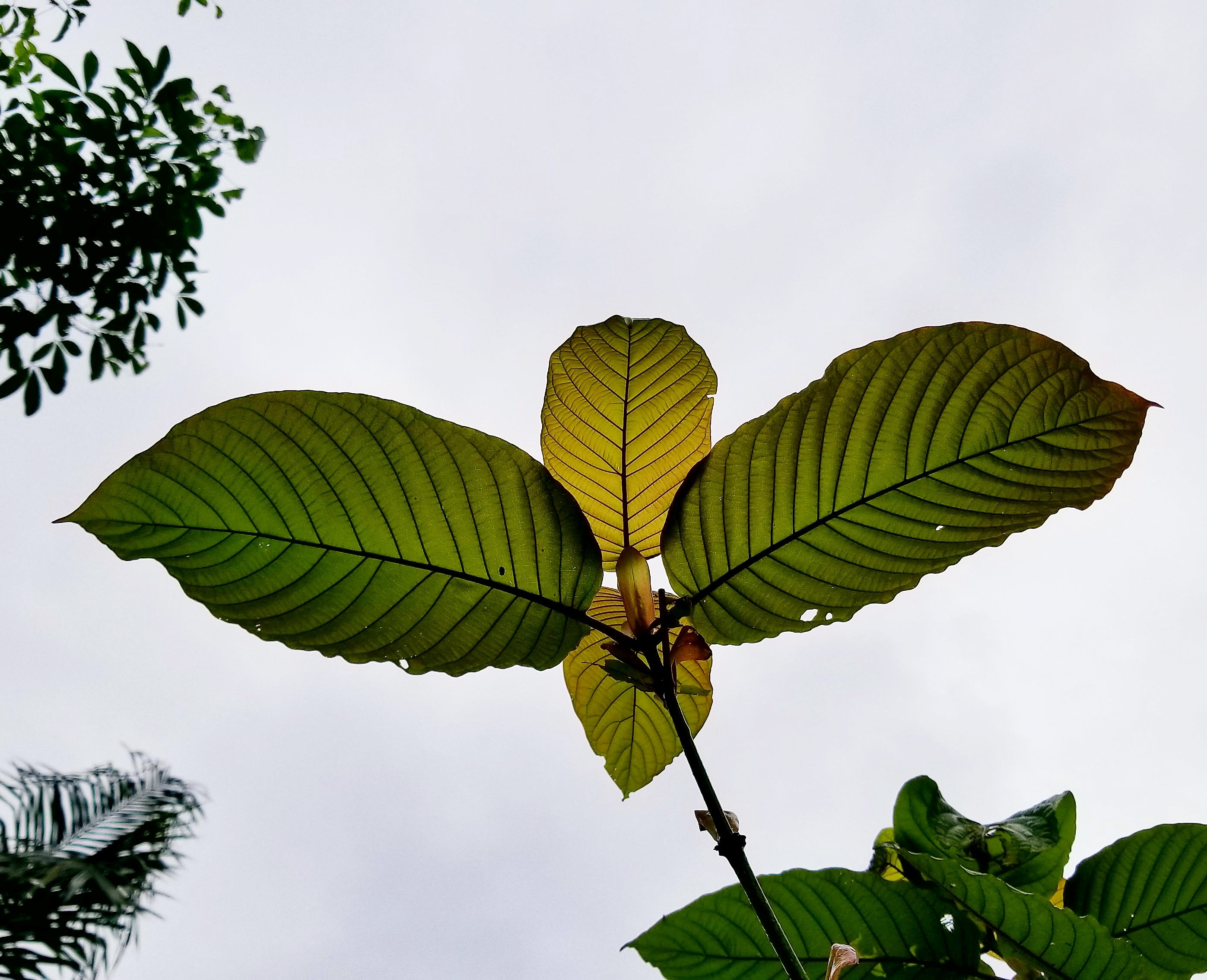 HOW CONVENTIONAL MEDICINE IS FAILING US

According to recent surveys, many people take Kratom because they were cut off from their pain
medication or lack health insurance. Or, they are unemployed or fighting for disability which
can take years, if they get approved at all.

Regulatory agencies and law enforcement should not be making medical decisions for millions
of Americans who are suffering from chronic pain, depression or other conditions.

“Something is wrong when regulatory agencies pretend that vitamins [and herbal remedies] are
dangerous, yet ignore published statistics showing that government-sanctioned medicine is the
real hazard,” states author Gary Null in his book, “Death by Prescription.”

For example, one cannot get a prescription for a drug without first seeing a physician IN
PERSON. By that logic, regulatory agencies and law enforcement should not be allowed to make
medical decisions for people they have never met in person. They are making blanket decisions
that have the potential to harm our health.

Several years ago, an ER physician involved in the study of kratom made this statement
regarding using kratom to treat opioid withdrawal: “Providing something that you can just walk
into a head shop and purchase … you eliminate getting true professional help.”

I am 47 years old and I started getting “professional help” at the age of NINE. I began therapy
with my mother at Catholic Social Services to deal with a sexual assault by my stepfather. Two
years later I went to Hazelden where I graduated from their inpatient program. I followed that up
with another three months at another hospital and then went to a recovery home for girls where I
spent six months and went on to graduate. I’ve participated in more AA and NA meetings than I
can count. I’ve been in and out of hospitals countless times and spent a decade under medical
supervision after I was diagnosed with post-partum depression just after the birth of my daughter
in 2005.

None of these things helped and in some cases made my conditions much worse. I would very
much appreciate if people would stop making assumptions about kratom consumers as if they
know every single one of us personally.

I’ve spoken with hundreds of people who say they take kratom to GET AWAY from
“professional help” because of the high cost, the never-ending doctor visits and the stigma.

A similar statement was made by an FDA spokesperson more recently:
“As our nation struggles with epidemic levels of opioid abuse, we should be doing everything
possible to ensure that those suffering from addiction have access to FDA-approved medicines
and appropriate treatment options; not unregulated substances bought and sold over the internet,”
said FDA spokeswoman Katherine Pfaff.

She assumes that people who are struggling with their health have access to the following:
● Steady employment with health insurance
● Ability to take time off each month to visit their doctor
● Transportation
● Gas money or bus money if they do not drive
● The desire to take synthetic pharmaceuticals with side effects

Now I’m going to speak for not just myself but for the hundreds of people I’ve spoken to over
the past two years.

Most of us take kratom because we were cut from our pain medications. In my case, the DEA
decided, without speaking to me or anyone else, that Tramadol should be scheduled, citing
“potential for abuse.”

And that wasn’t the first time they busted into the lives of people who were dependent on pain
medication that WORKED FOR THEM. Before that, the FDA discontinued Darvocet, a mild
painkiller which I was on for pain.

I was taking Darvacet and they took that away.

Later I was prescribed Tramadol and then they took that away.

And now they want to take the only affordable option we have away. It could be regulated which
would be ideal but they don’t seem to be headed in that direction.

I had to go through hell just to even get the Tramadol. All I was trying to do was live a normal
life and to do that I had to be able to function. In 2012 I had gone back to college in an attempt to
get my life back together after years of pain and depression had stolen any semblance of a
normal life.

Over a period of two weeks, I went to the ER three times before anyone would take me seriously.
My first visit I was diagnosed with Torticollis and sent home with a prescription for Naproxen.
Naproxen! This is an OTC medication that I could have gone and gotten myself. Besides that,
Torticollis is a rare medical condition that usually begins in childhood. My symptoms did not
remotely resemble that of a person with torticollis.

On my second visit, I was placed on steroids despite the fact that I told the ER physician that I
have had adverse reactions to steroids. I begged her not to give me steroids. Another wasted trip
to the ER.

Finally, after being bedridden for two weeks in severe pain, I had to call an ambulance because
my arm went numb and I dropped my coffee cup that morning. Finally, I was being taken
seriously. The doctor actually listened to me and ordered an MRI which revealed the cause of
my pain. He even informed me that the reason none of the other doctors ordered any
comprehensive tests was due to my being on Medicaid. He ordered the MRI anyway.

The MRI revealed a herniated disc, two pinched nerves (one on the right side of my neck and the
other on my left) cervical osteoarthritis, degenerative disc disease, and bursitis.

I was given a ten day supply of Lortab and sent home and told to see my family physician.
When I went to see my GP, he gave me a prescription for 4 tramadol a day and that amount
worked great. Nothing more, nothing less. But when I could no longer afford to pay $125 a visit
plus $30 a month for my meds, I had to go to the county clinic where I would sit – all. day. long.
Just to get a reduced amount of Tramadol because “they weren’t allowed to prescribe more than
that.”

So, I ran out early, of course, because there was no point in only taking two a day. It didn’t work.
Then I was accused of “drug seeking.” 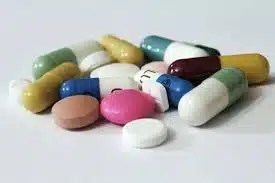 Then they put me on several drugs such as Gabapentin, Elavil, Trazodone, Zoloft, and Topamax. I had to take FIVE drugs instead of ONE and ended up in the ER with serotonin syndrome and nearly died.

If that wasn’t enough, I was later diagnosed with Interstitial Cystitis, an excruciatingly painful disease that impacts the person’s quality of life about the same as having cancer. Also, IC causes extreme psychological distress.

After a while of being on those drugs, I could no longer function at all. I couldn’t get out of bed. I couldn’t think and I lost my memory.

I also had two failed surgeries.

I think I’ve spent enough of my life in the doctor’s Waiting Room. My whole life revolved
around going to doctors. None of them listened and none of them gave me any longer than 8-10
minutes.

So I went on Facebook determined to find a way to learn how to buy kratom that didn’t cost an
arm and a leg and that’s when I found the American Kratom Association’s Facebook page and
learned everything there was to know about this fascinating plant.

And so, here we are now. Fighting yet again for “permission” to treat our own health. For
permission from regulatory agencies and law enforcement agencies who are not medical
professionals and have no business treating individuals with whom they have no relationship.
I will not spend the rest of my life in a doctor’s waiting room. I want to go out and truly live.

Did you find apk for android? You can find new Free Android Games and apps.